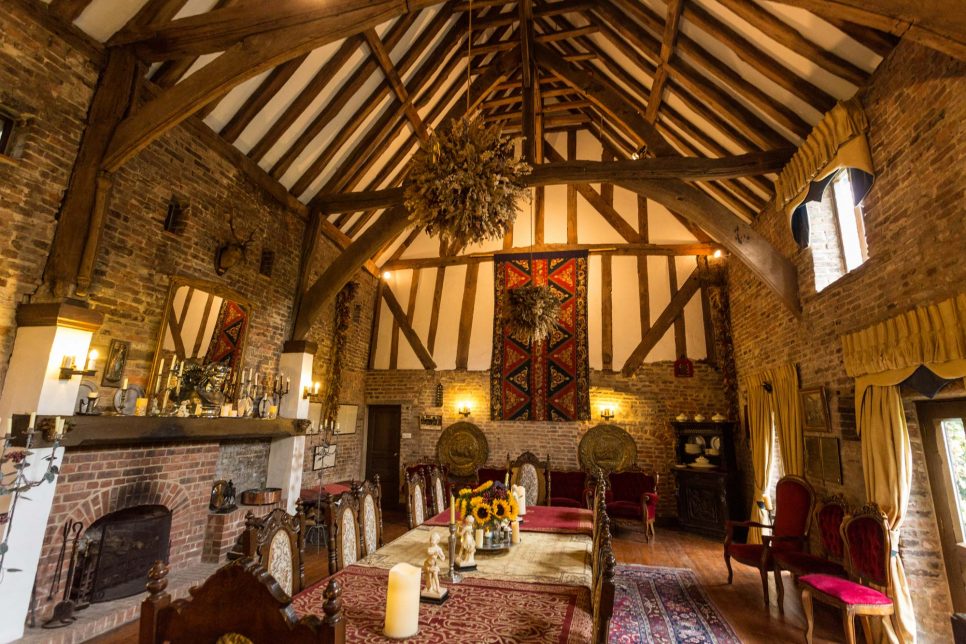 Tyrwhitt Hall is a Grade 2* listed building, late medieval in origin and extended and altered in the 17th and 18th centuries and later, and is one of the oldest surviving buildings in Barton.

Its north wing is a magnificent timber-framed open hall while the south wing, built of a combination of chalk, brick and heavy timber framing contains the chambers, or private rooms, used by the household.

Tyrwhitt Hall is also connected to Philip Pape, a local sculptor, letterer, singer and choirmaster who lived and worked here between 1960 and 1982. During the 1860s Pape was also a tutor at the Grimsby Art School. Several of his works can be seen in Barton, including a sculpture outside Baysgarth School and a carved notice board at the entrance to St. Mary’s Church.”