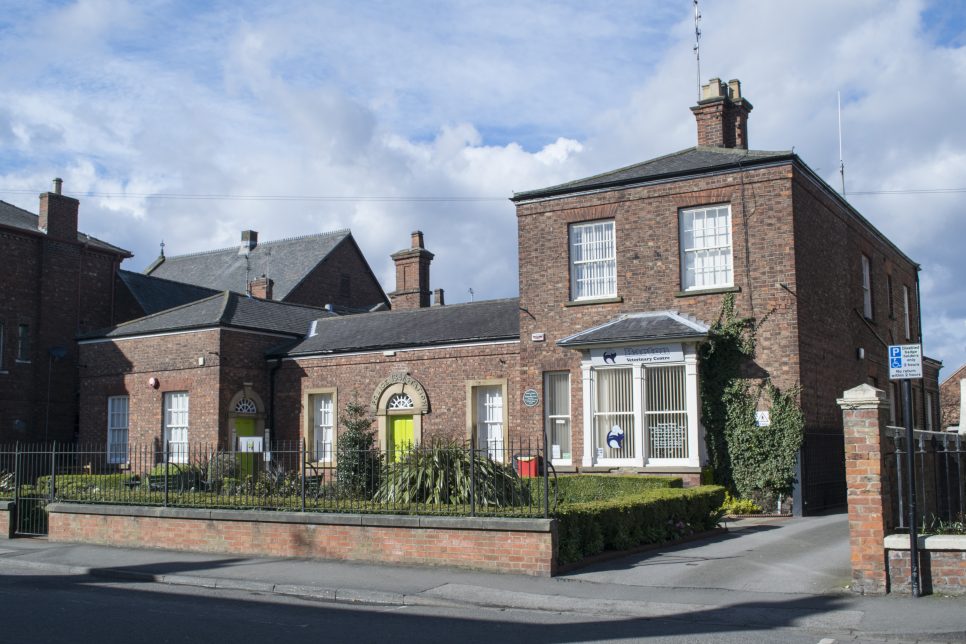 The Justices of the Peace for Lindsey decided to build a Police Station and Magistrates’ Court in Barton in 1847 – see the inscription over the central doorway. It was built on the foundations of a great mansion house built by the Long family of London mercers. The plot of land once held by the mansion is now home to a number of Barton’s Victorian buildings, including the Wilderspin National School and Odd Fellows Hall. Designed by Lincoln architect J. S. Padley, the building was single-storeyed, the court room being on the right and the living accommodation for the constable on the left. An office, kitchen and two cells occupied the centre of the block. It was built of local brick, but was given a Welsh slate roof. There are sandstone surrounds to the central sash windows and to the arched entrance. However, not long after completion, the building was heightened and the interior rearranged. The constable’s house was moved to the right and was given a second storey. In the early 1960s the superintending constable’s house was adapted to provide office space. The last case was heard in the Magistrates’ Court in July 1995. The Police Station was relocated in 2005.