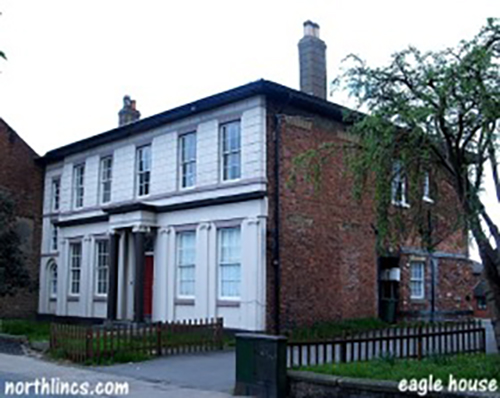 Eagle House was originally designed by R. Nevis of Hull in 1829 for tobacconist Robert Hall of Hull.

A carved eagle statue that sat atop the porch of the house was destroyed during the Second World War when soldiers billeted in the area smashed the eagle statue, viewing it as a representative of Germany.

After standing empty for some time in November 2013 the building was severely damaged by fire believed to have been caused by a firework landing on its roof.