Days Gone By with Brian Peeps

Local historian Brian Peeps will be at Barton’s Assembly Rooms on Tuesday (October 31)...

Half term fun at The Ropewalk

Lantern making for Barton’s Christmas Festival begins in earnest during the half-term holiday as...

If you were a pupil at Baysgarth School or the other secondary schools in... 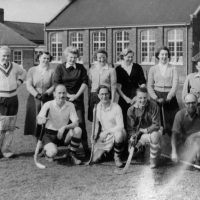 A new era for Baysgarth School

Baysgarth School, under its many names, has been at the heart of Barton and...